My bees aren’t doing so well

since the small give beetle and wax moth invasions, I’ve been keeping an eye on my give, but mostly leaving them alone. I did one inspection a couple of weeks ago, and it looked like they were hanging in there, but we’re still dwindling in number.

There hasn’t been much activity coming in and out of the hive, either. That is, a small amount of forager traffic, but not nearly the amount there usually is.

Yesterday, I decided to do another inspection to see where they’re at. I’ve been worried that they were queenless and dying off by attrition.

I opened up the hive and found that, of the 16 or so frames that they had built out, they had scaled back to using only 5 or 6. The others appeared to be abandoned, brood (in some cases) and all. In fact, a couple of frames had dead bees half-emerged from their cells. It was a sad sight, for sure. 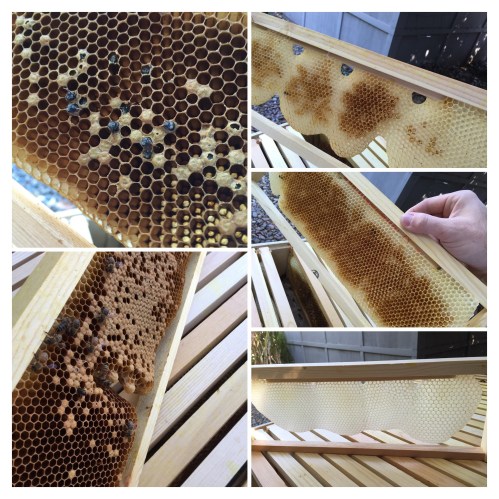 The frames that the bees were still on appeared to be bustling with activity. I didn’t notice the queen, but I did see uncapped larvae, so I’m pretty sure she’s still in there. That’s a big relief. 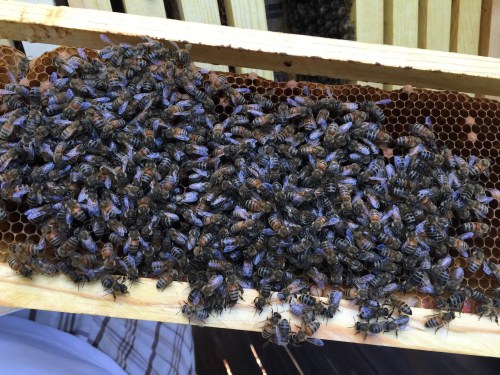 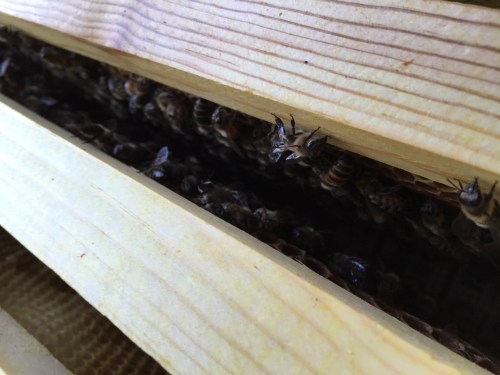 The comb they’re still using appears to be a mix of lots of pollen and brood, and basically zero stored nectar. I don’t think I saw any honey/nectar stores.

I’m think what’s happening is that they didn’t get enough stored up before the mid-summer dearth (which I think we’re in right now), and are now struggling to stay afloat with the paltry forage available in the area.

I’ve gone ahead and put a top feeder on to try to supplement them. They haven’t found it yet, but it usually takes them a couple of days. I’m hoping that will be enough to ride them over.

After putting the feeder on, I closed the entrance down to just an inch and a half wide. Their numbers are so low, I don’t think they could fight off any robbers coming to get into the feeder, so hopefully this helps.

I also am going to need to move the hive. I’ve mentioned before that the spot they’re in gets basically zero morning sun. They’re usually out and about fairly early, but I’m wondering if the lack of morning sun caused them to get a late start every day, and miss out on extra nectar.

I’ve got a spot in my yard that gets great morning sun, but a shed is there right now; one that I’m not looking forward to moving. Still, it’s going to have to get done. It’s a better spot for the bees all around.