What the hell am I doing?

For no apparent reason, I am now the proud owner of 10,000 or so honeybees … at least, as much as one can own 10,000 tiny insect that could probably murder you with even a mildly-concerted effort.

To give a short(-ish) recap: I’ve had the beekeeping idea in my head for a few years, now, but only just talked my wife into it this year (after weak garden harvests, despite lots of blooms and healthy plants).

Of course, I’ve been learning about bees and beekeeping since I first got the idea into my head, mostly by lurking /r/beekeeping (never underestimate the power of gradual, passive knowledge transfer, by the way), so I was at least somewhat prepared.

I agonized a bit over what type of hive to build, and eventually went with the horizontal Langstroth hive, seen here: 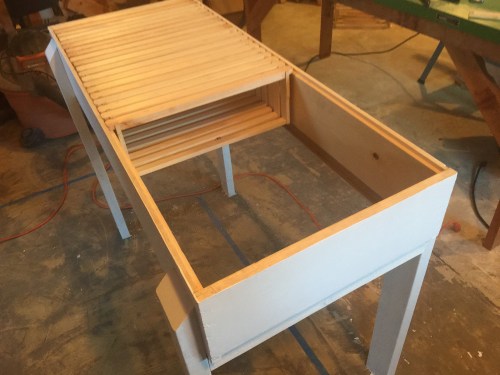 My decision was ultimately down to this and a top-bar hive. I ended up going this route mostly because it would be easier to find a local beek that could bail me out of an emergency with a frame of uncapped brood (most beekeepers use Langstroth, and the parts are mostly interchangeable). I considered a Warre hive for a while (which is a vertical top-bar hive), but didn’t love the idea of my honey ending up in old brood comb (making comb honey unlikely), and they’re a bit more hands-off than I’d like to be.

The horizontal aspect ratio of this and the top bar hive appealed to me for the “not having to lug boxes full of frames” benefit, but I also like having it at waist height, for convenience’s sake.

Anyhow, hive decisions aside, I picked up and installed my bees on Saturday, April 11th. The installation seemed to go well. I shook them out, and instead of hanging the queen cage between frames, I hung it in the middle of a (foundationless)f rame, with the hope that it will screw up the shape of one comb, rather than all of it.

For the record: I got stung day one, of course. I think I hit a dead bee’s stinger, though, as I grabbed the mostly-empty package and got hit. I didn’t feel or see the bee that stung me, and it was immediately as I grabbed the box.

Some more pics, and a bonus video of my girls (once I figure out how to upload video via mobile): 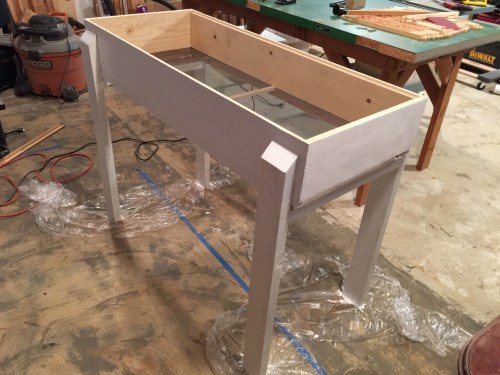 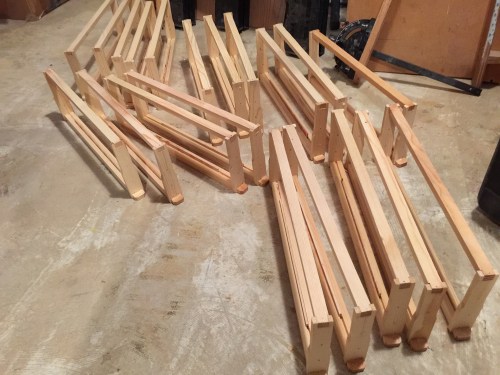 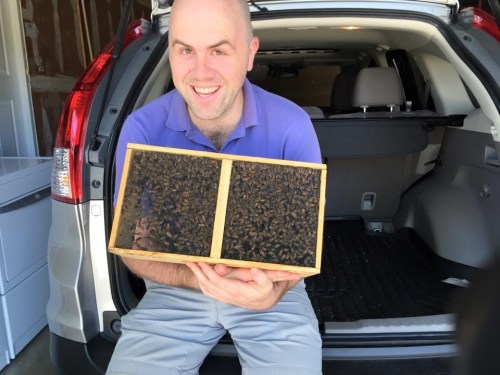