All Quiet on the Western Front

(It seems likely that I’ll have more than one post with that title at some point, having forgotten that I already used it.)

I haven’t opened up the hive in a couple of weeks, thinking I’d give them some time to just… do their business without me screwing with them. They still seem like they’re going about their business, so I’m assuming things are relatively well in there.

A week or so ago, I noticed bees hanging out around the hive entrance at night. Given that it wasn’t a particularly warm night (though, it had been about 85° F during the day), it didn’t seem like they should really be bearding. I ended up taking off the bottom cover of the hive to give them some ventilation. They seem comfortable with it.

The last couple of nights, though, they’ve been back at the entrance after dark. I think this is a combination of hot days and new bees emerging (I am so excited, btw). 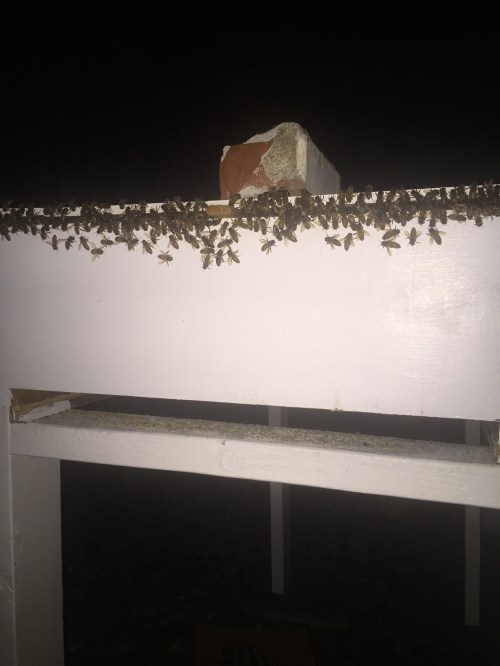